John Fodchuk says life is good for him and his family in Weyburn, Sask. There’s no carbon tax, and there’s plenty of optimism and opportunity — a sharp contrast to the Alberta he left behind.

“Southeast Saskatchewan reminds me of the way Alberta used to be,” says Fodchuk, 34.

Born and raised in Brooks, Alta., Fodchuk was working as a journeyman instrumentation technician in Alberta at the end of 2015 when — knowing the direction the economy was headed — he decided to jump at a job in Saskatchewan.

“I didn’t want to be one of the guys wondering how I am going to pay my mortgage a year down the road.” 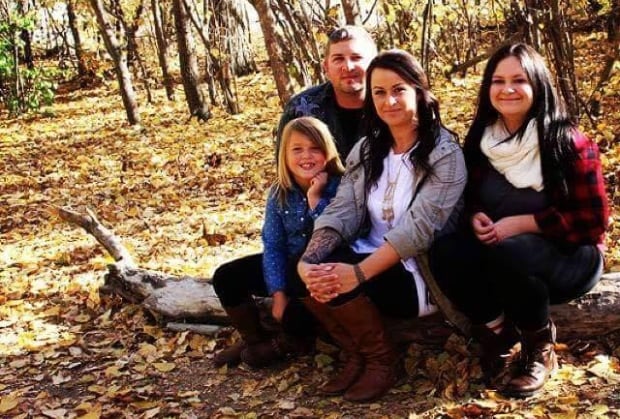 John Fodchuk says he and his family are enjoying their new life in Saskatchewan and have no plans to return to a busier but still volatile oilpatch in Alberta. (Submitted)

‘Too risky to move back’

And now as drilling and service rig activity picks up in Alberta, Fodchuk is reluctant to come back. So are some of his coworkers who made similar moves, he says.

“To entice someone back [to Alberta], people are going to be leery. They’re not going to leave these secure jobs, move back to Alberta and take an average wage. It’s going to have to be a substantial pay increase because you’re dealing with a risk now that there could be another downturn in Alberta … just seems too risky to move back.”

He says it would also take a change in government.

“Unless we get another PC government, or Wildrose, I wouldn’t even consider it.”

In the meantime, both drilling and service companies like Step Energy Services and Trican Well Service struggle to find workers to keep up with a recent surge in activity.

‘A lot of people that have been really, really committed to the industry don’t trust it anymore’– Dean Fraser, Step Energy Services

The latest figures show that about 50 per cent of Alberta’s drilling rigs are either active right now, or being moved to a site, up from about 30 per cent, this same time last year.

“With the unemployment rates where they are now [and] with the downsizing that went on in our business, we anticipated that there would be a number of people chomping at the bit to get back to work,” says Cox.

“[But] we’re finding that there’s not as big an appetite for a lot of those people to come back to the oil patch … which is unfortunate.” 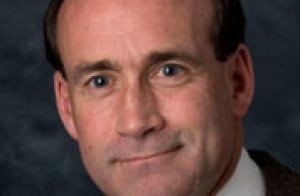 Before the downturn, Trican employed about 2,400 people, but bottomed out at about 1,000 workers after people were laid off or left on their own. Staffing levels are now up to 1,100 with efforts underway to hire another 70 people.

Step Energy says it has actually grown during the downturn, because it acquired assets. And while they receive a lot of applicants, they’re finding the right talent pool isn’t there.

“A lot of people that have been really, really committed to the industry don’t trust it anymore,” says human resources manager Dean Fraser.

Thomas Walsh worked in Alberta for an industrial services firm for several years, working up to 90 hours per week. But when the hours started to dry up, he moved back east to Sydney, N.S.

“I’d kill to get back out [to Alberta], but the opportunities are just not there at the moment,” he said.

“My wife’s got a great job back here. She’s a nurse, and she’s got a good union pension on the go for a couple of years now. I wouldn’t uproot my kids to move to Alberta, just with family, it’s too hard.”

Mark Salkeld, with the Petroleum Services Association of Canada, says he understands the reluctance to return. He believes it’s because energy-related companies can’t guarantee there will be work beyond spring.

“They’re not interested in coming back for just three months’ work and that’s the issue that we’re facing,” says Salkeld.

The Canadian Association of Oilwell Drilling Contractors‘ John Bayko agrees it would be tough to come back without a long-term contract in place.

“They’ve probably struggled for the past however long to find a good paying — or even a paying — full-time job. They’re not going to be anxious to leave it because they don’t know whether or not the rigs are going to be working [down the road],” says Bayko.

Salkeld says more money, perks and benefits may help attract staff. Although that will only happen, he says, if service companies can renegotiate their rates with their customers, the oil producers, after being forced to cut rates nearly in half during the downturn.

Cox says Trican has had some success boosting rates which it plans to pass on to staff.

“We are looking at what is the best way to return some of the incentives or benefits plans or compensation packages that we’ve had in the past,” says Cox. “But you can’t get too far ahead of it because you have to run a profitable business.”

While Cox says there are signs that Trican will continue to stay busy throughout the year, others aren’t so sure.

Bayko says there are too many variables posing a challenge to the industry — including the carbon tax and higher minimum wage.

“The price of oil is obviously extremely tough to predict. What’s happening in the United States with business incentives, corporate taxes being reduced, the goal of the U.S. to become energy independent, the lift of the export ban,” Bayko noted.

“There are a lot of moving parts and pieces to the story.”